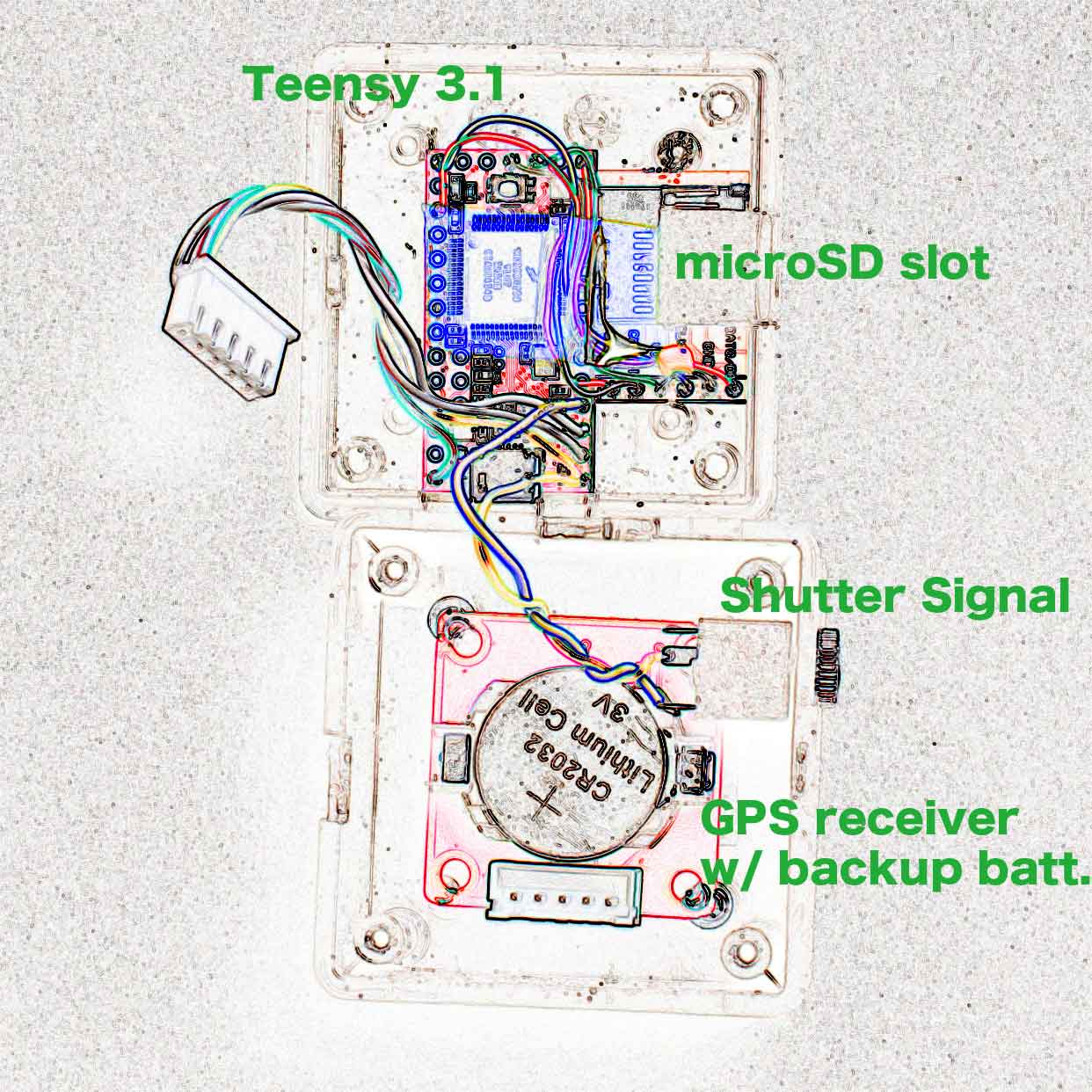 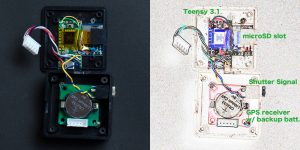 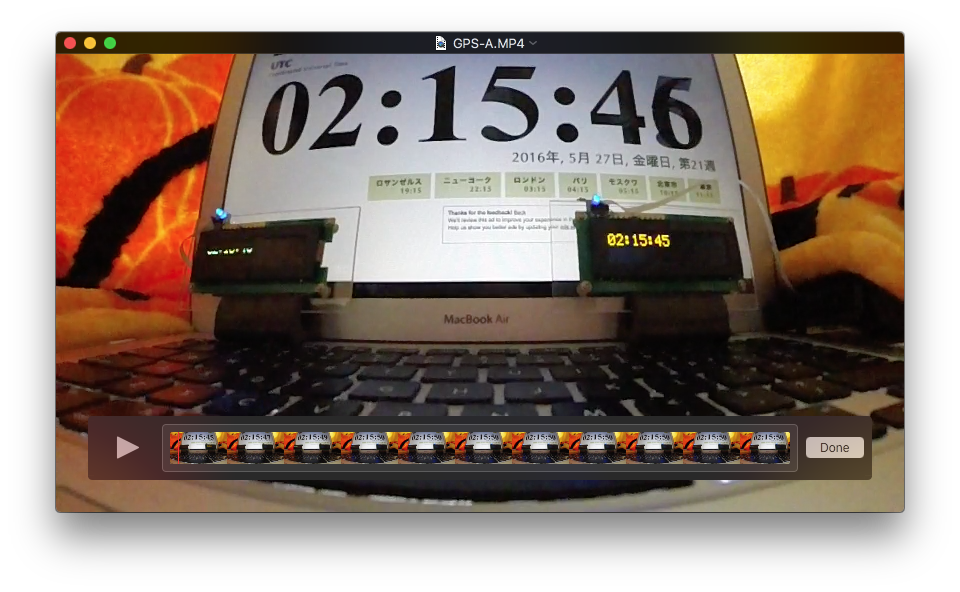 By syncing GoPros and utilizing GPS it is demonstrated how to accurately measure time of an observed event.

For example, taking astronomical videos or photos it is usually important to record the time when those captures were made. Both professional and amateur astronomers interested in especially eclipses or occultations, such as the Moon passes in front of a star, have ever invented many kind of timekeeping devices for this purpose. Needless to say the more exact, the more preferable.

The post proposes a new convenient method to keep time whose precision is within several milliseconds or the duration of one video frame.

The idea is based on the following facts:

Unfortunately we cannot synchronize these two signals, the ones from the genlocking source and the 1PPS. However, we can easily record both of them together by visualizing the latter using LED and pointing one of all cameras in sync with the former to the LED.

In the rest of the post we will perform an experiment to confirm that the precision is kept within one frame while capturing videos.

To assure perfectness of the sync we use the following equipments:

We use three cameras in sync: Two cameras are pointed to LEDs and OLED character displays (another camera is to control the two). Two GPS receivers are of different brands: Each 1PPS signal is aligned to UTC and visualized as hh:mm:ss on the OLED display, and lights the LED when asserted.

Doing this requires some microcontrollers between the GPS receivers and the I2C OLED character displays we use Teensy 3.1 and Arduino Due boards. And in order to make sure that our programs running on these doesn’t have any bugs we also prepare a MacBook Air to show the Internet time that is obtained from an NTP server.

The following are clipped from the videos (WVGA, 240fps) shot by the two of genlocked cameras: 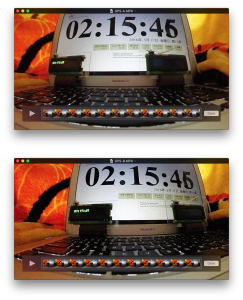 The blue LEDs haven’t lit yet (cf. the next two images). The MacBook Air behind is slowly changing its time display from 02:15:45 to 02:15:46, however, it turns out to be not so accurate as 1PPS time. The right OLED display shows nothing: This means the OLED, which is always blinking in order to reduce power consumption, is in an off period. At the same time the left is on the way to refresh 02:15:45.

Each of above frames is followed by the next, respectively: 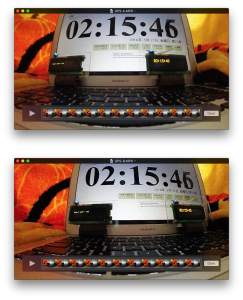 Both of the blue LEDs light. The right OLED display shows the time as 02:15:45. According to GPS’ protocol (aka NMEA) specifications, a rising edge of 1PPS signal occurs on an exact zero second, which is followed by a GPZDA statement aligned to UTC. In the current system the blue LED lights when 1PPS is asserted, and OLED is rewritten when a GPZDA is received by the microcontroller. So it is no wonder that our OLED is not updated yet this time. The left OLED is on its way to erase 02:15:45.

These four images proved the exactness of sync among not only the cameras but also the GPS receivers. And we confirmed the system could be utilized for exact time measurements of events.

The above stills are extracted from the following unmodified original movies (MP4 files):