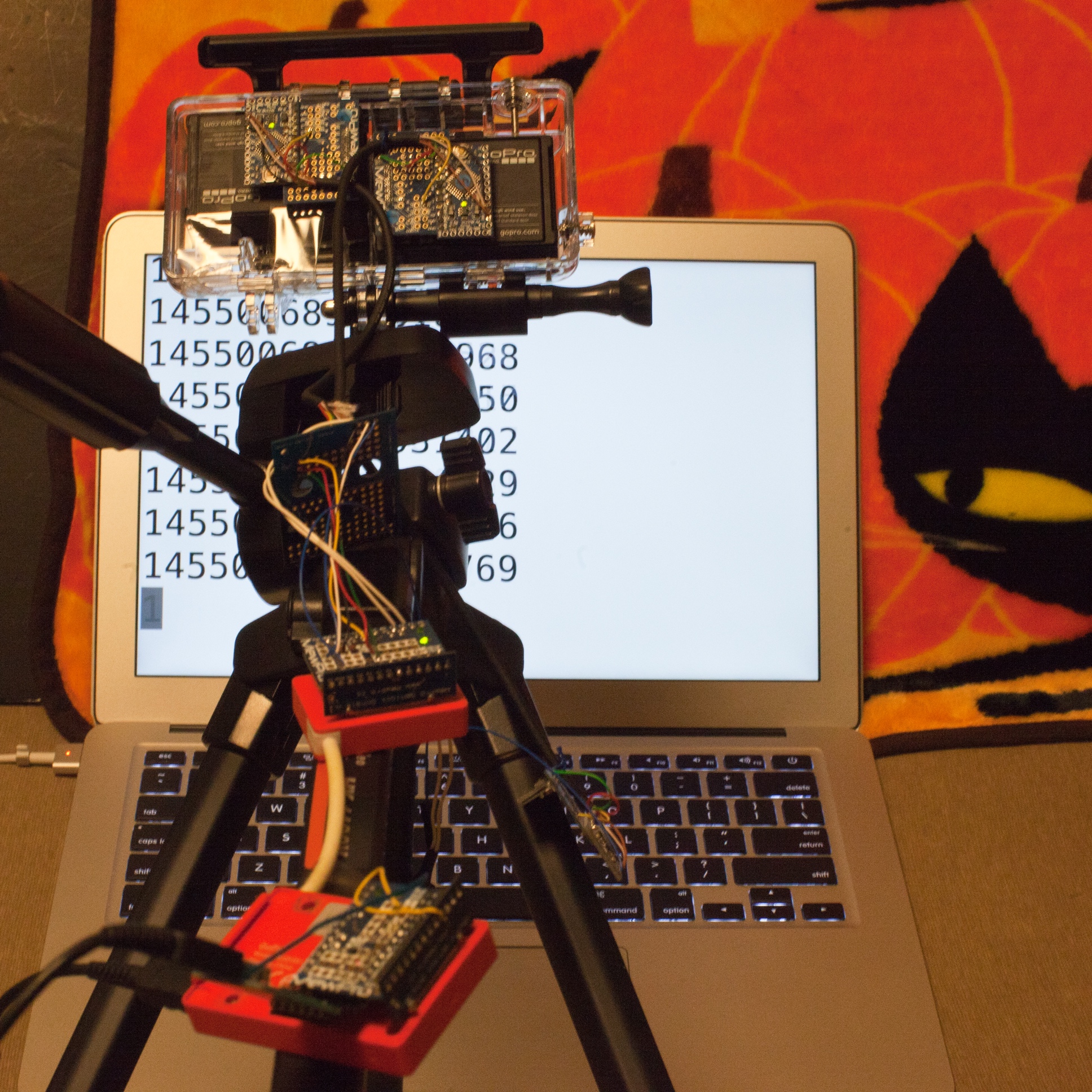 The bug caused the first frame asynchronous in either double dongle or no master configurations is fixed now.

New source codes for MewPros and Dongles are always available at our GitHub repos.

Single dongle configuration didn’t suffer from the bug. It always syncs the first frame. But the following improvements for all configurations have been made:

The following two videos are shoot in no master configuration as in the next figure:

In the videos above you can see a stopwatch command is running in the window (precisely, the laptop is a Mac OSX machine and the command is
while :; do gdate +%s.%6N; done
to show the current system time again and again in microsecond accuracy).
Using the videos you can check all frames from the first are synced. And if you are very cautious the video by GoPro #2 has extra one frame at the end as compared to the other. But don’t blame MewPro for this extra frame. We can say Dual Hero also sometimes has these kind of extra frames at the end of a footage, and you can safely cut them when editing for your final video products.

The bug was firstly found by the researchers at Shandong Univ – Virginia Tech (SDU-VT) team. And also some other university researchers and professional videographers pointed out the bug but it was very difficult to fix for us until recently.