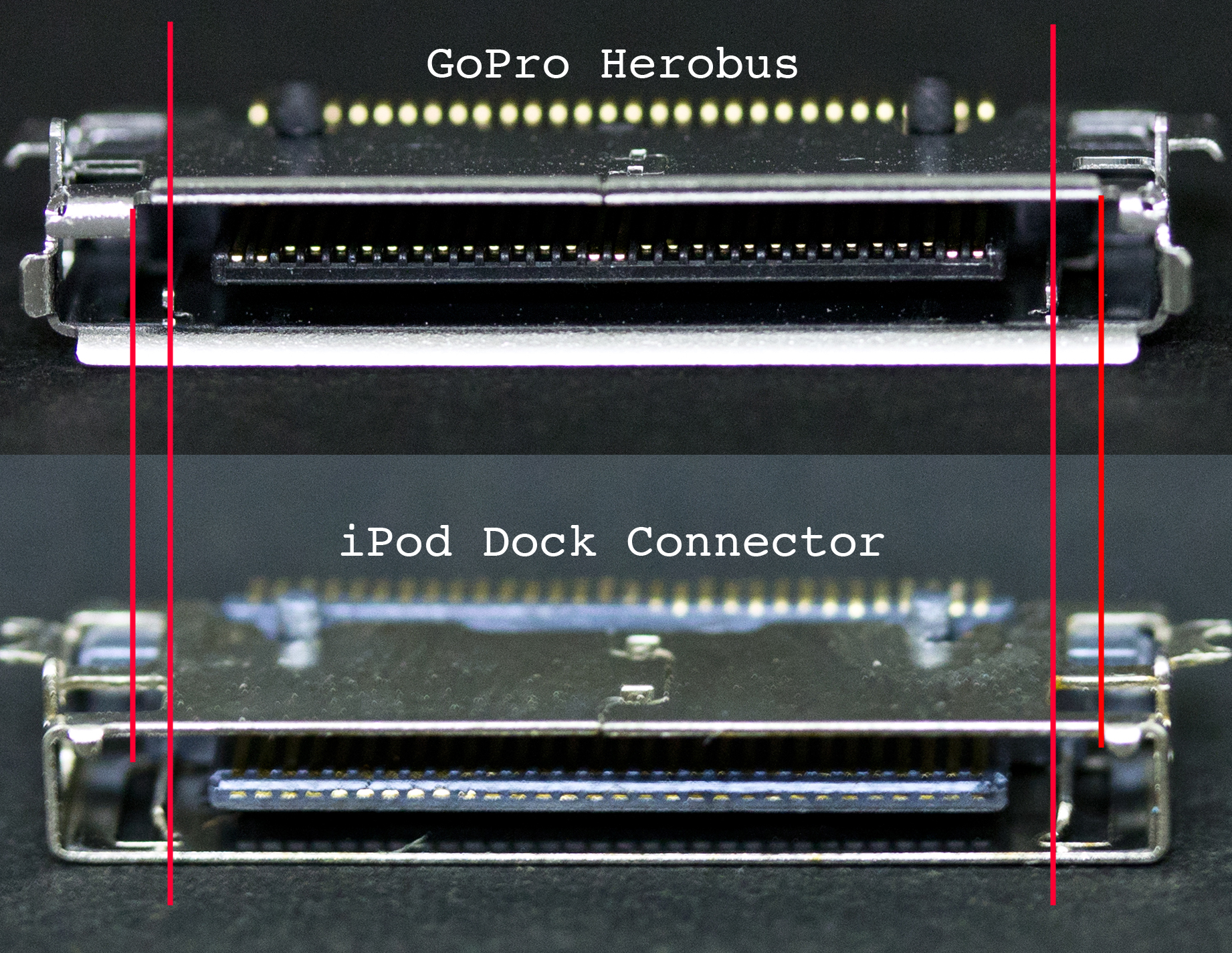 This post is to compare two similar connectors: GoPro and iPod/iPhone.

Quite a few people have once tried to plug their iPhone plug into the GoPro receptacle (aka Herobus connector). Don’t do that again because it doesn’t fit and it may damage the connector.

Two connectors are the same in pin configurations (i.e., the number of pins, the pitch between adjacent pins, depth and so on) but different in “keys”. To see how keys are placed, look at the following photo and investigate the areas marked by red lines: Each of four corners has a different key. Thus if you cut or bend some plastics or metal plates of your iPhone plug, it will become loose and will not mate GoPro. Note: iPod/iPhone Dock Connectors are produced by JAE, too, but the part numbers are unknown because they are Apple’s proprietary.